In-form Zimbabwe all-rounder Ryan Burl is happy to be consistently executing his role of winning matches for the team, after an impressive run of form during the ongoing limited-overs matches against Ireland.

Burl was once again the hero for Zimbabwe after scoring 59 off 41 helped set up the home team’s dramatic victory in a rain-interrupted ODI match at Harare Sports Club on Wednesday to take a 1-0 lead in the three-match series.

After his match-winning effort, the 28-year-old Marondera-born star was named the Player of the Match.

It was the third time in four matches that Burl has won the accolade in Zimbabwe’s last four outings after clinching two Player of the Match awards in the T20 series which the hosts won 2-1 and appears to have carried his purple patch into the 50 over format.

“I am ecstatic about it but I must give credit to the coaches for ensuring we are keeping up the workload and just reminding me that I need to keep putting in the performances to win games for Zimbabwe,” Burl told reporters after the match.

“Ultimately that is my job to win Games coming in at number five , six or seven. It’s a very difficult role to play, a very selfless role where you are expected to score runs quickly without facing many balls. It has come off in the past couple of series it might not come off in the next series so I have to relish the opportunities that I have in the moment and keep taking them,” he said. 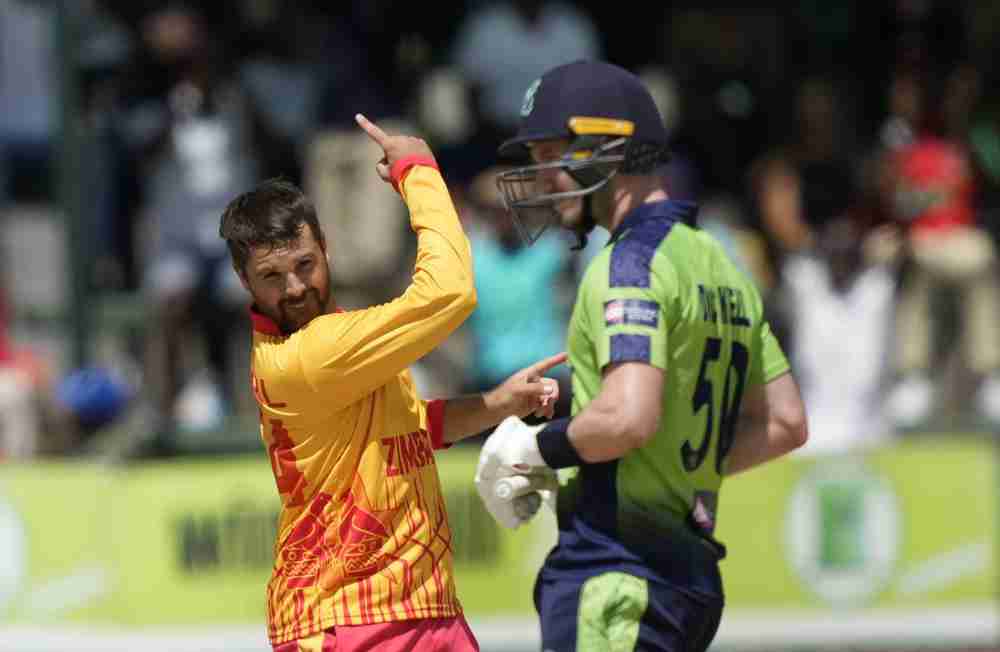 While Burl laid the foundation for Zimbabwe, it was the young wicketkeeper Clive Madande who scored the winning runs, hitting a boundary with Zimbabwe needing four runs of the last ball.

Madande has also impressed filling up the shoes of Regis Chakabva who relocated to Australia soon after the T20 World Cup.

Burl was full of praise for the budding wicketkeeper especially his contributions with the bat.

“When we were in the middle, the whole time I kept on reminding him – be the guy that’s there to the end of the innings to win the game for your country and essentially he did it. I am very happy for him. Clive is quick between the wickets so it’s nice when you are batting with him it means you can get an extra run. He is coming out of his shell and he is doing well at the beginning of his career I am very happy for him,” Burl said.