Zimbabwe’s Nyasha Muyambo carded a solid one-under-par 71 to take an early lead in the opening round of the Chevron Tour Ziwa Challenge at Chainama Hills Golf Club in Lusaka on Thursday.

The Chapman Golf Club-based teaching professional, who has been playing some good golf over the last few months will begin the second round with a one-shot lead ahead of the chasing duo of Robson Chinhoi and TC Charamba.

Chinhoi, who is fresh from back-to-back wins in the Democratic Republic of Congo carded a level-par round of 72

The experienced Charamba is also angling for a winning return to competitive golf after almost three years of inactivity following his relocation to South Africa.

The 40-year-old is a two-time winner on the Sunshine Tour, where he became just the third black golfer to win on tour when he claimed the SAA Pro-Am Invitational in 2006.

Charamba will be hoping to kick on after his solid start in Zambia on Thursday.

Tonderai Masunga is along in fourth position after carding a one-over-par 73 while Bulawayo Golf Club pro Ignatius Mketekete is part of a group of four players on two-over along with Malawian Paul Adams, Zambia’s Moses Chewe and Rafael Phiri.

The Ziwa Challenge, which carries a US$5 000 purse for the pros is the fourth event on the Chevron Tour, which is in its maiden season.

The tournament brings together professional golfers and elite amateurs together over three days and 54 holes of golf to crown the pro champion and the amateur champion. 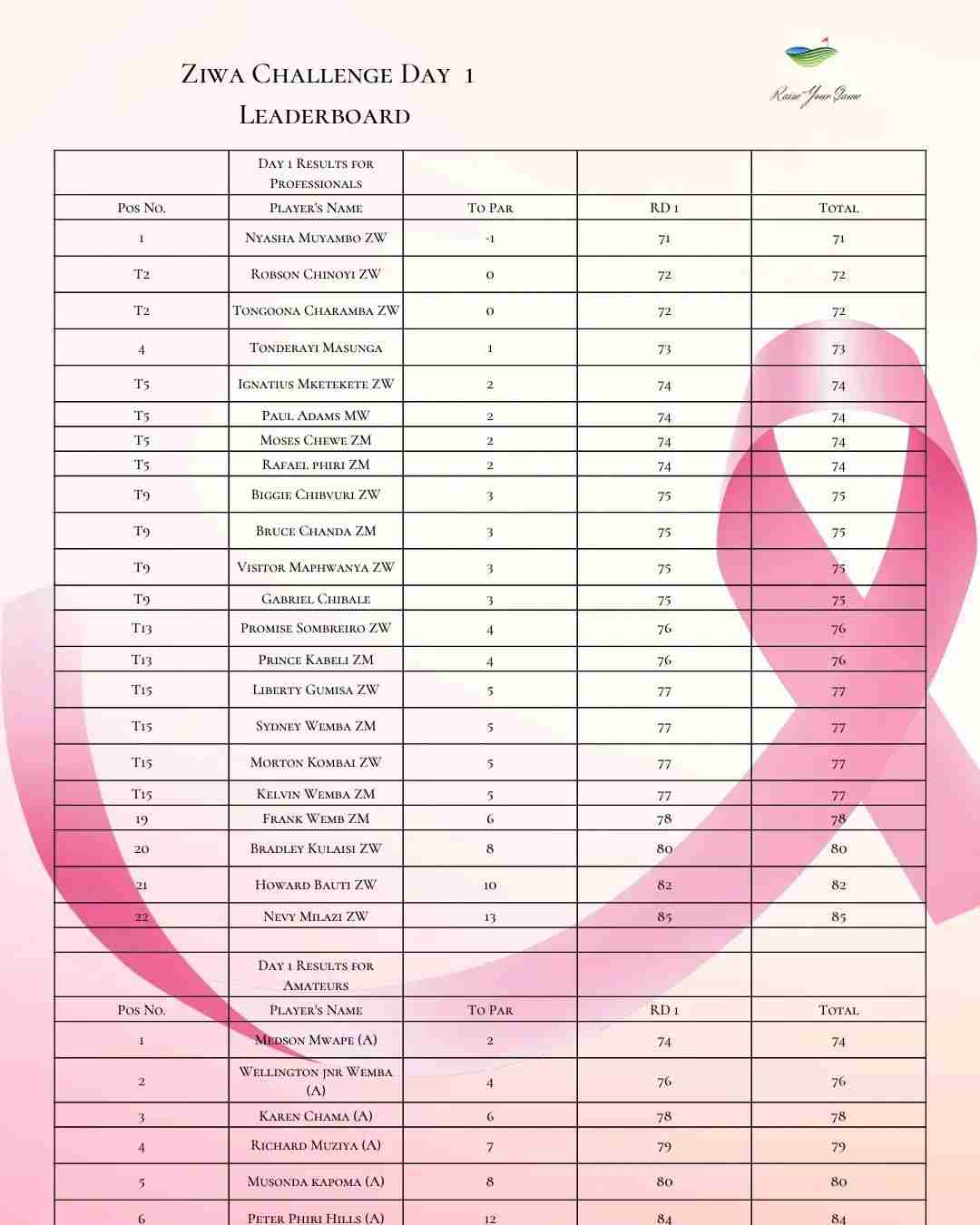