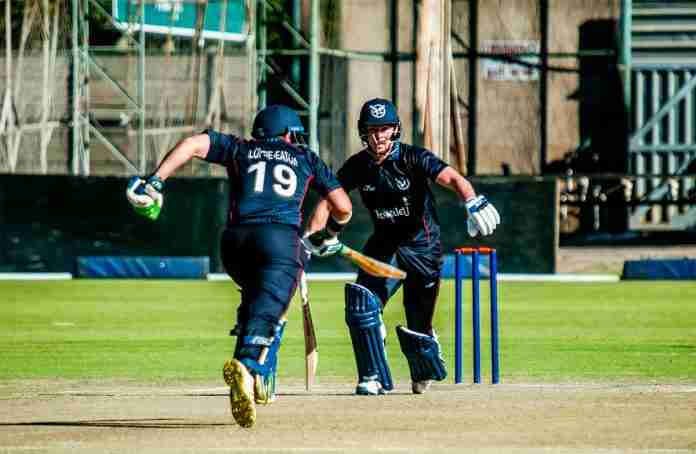 Namibia beat Zimbabwe by six wickets in their fourth T20 international at Queens Sports on Sunday to level the series at two-all and set up a series decider at the same venue on Tuesday.

After being sent in to bat, Zimbabwe scored 157/8, with Wessley Madhevere leading the charge with 50 off 32 balls (5×4, 1×6), his second consecutive half century after his match winning effort in the second match.

There were also good contributions from Craig Ervine (22), Richmond Mutumbami (27) and Luke Jongwe (19), while Bernard Scholtz was Namibia’s best bowler with three wickets for 25 runs.

In Namibia’s innings, Craig Williams was dismissed early for 1, but Michael van Lingen and Nicol Loftie Eaton put them on track with a 46-run partnership before Loftie-Eaton was dismissed for 19.

Gerhard Erasmus joined Van Lingen and swung the momentum Namibia’s way with a 77-run partnership before Van Lingen was out for 51 off 48 balls (5×4, 1×6).

The series is now tied at 2-all with the final match due to take place on Monday.