South Africa’s Albert Venter recorded his maiden Sunshine Tour victory after a two-rounds of a sudden-death playoff against compatriots Louis Albertse and Stefan Wears-Taylor on an exciting final day at the FBC Zimbabwe Open Championship at Royal Harare Golf Club on Sunday.

The 26-year-old Venter won with a birdie at the second extra hole, taking advantage after Albertse missed his putt for birdie while Wears-Taylor, who had an opportunity to win in regulation play had missed the green with his approach shot.

After starting the final round five shots off the lead, Venter, who plays out of Silver Lakes Country Club in Pretoria, had earlier hauled himself back into contention with a flawless round of six-under-par 66 to set the clubhouse target of 10-under-par 278.

Wears-Talyor was on 11-under with one hole to play but dropped a shot on the 18th after his tee shot found the trees on the left side of the fairway, which meant he had to go into the playoff.

The duo of Venter and Wears-Taylor were soon joined by Albertse in the playoff after the first-round leader drained a birdie on the final hole.

The trio could not be separated on the first playoff hole after they made pars before Venter pulled off a birdie on the second extra hole to seal a breakthrough triumph on the Sunshine Tour.

“It feels great to win, the last time I was here in Zimbabwe I played the pre-qualifier for the 2017 Zimbabwe Open, obviously I wasn’t successful but coming back here and doing what I just did makes it more special. Zimbabwe is a very nice place, close to South Africa, thumbs up to the people from Zimbabwe for coming out to support the tour,” an elated Venter said. 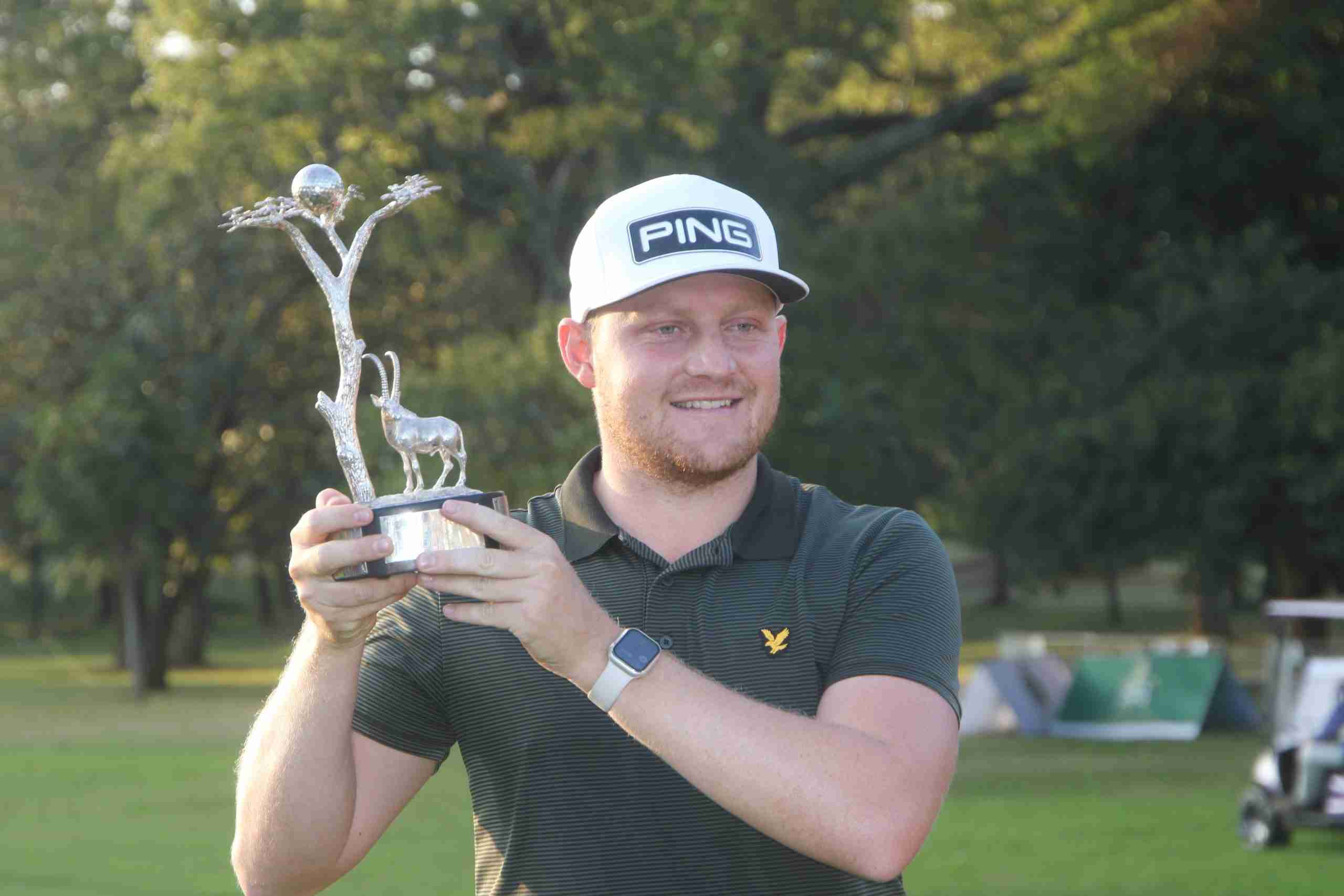 For being crowned the FBC Zimbabwe Open champion, Venter walked away with a floating trophy and R317, 000 while the two runners up received R180 400 each.

American Dan Erickson had a chance to finally end South Africa’s dominance of the FBC Zim Open but closed with two successive bogeys to finish on eight-under-par.

Also, on eight-under were South Africans Louis de Jager and Jaco Ahlers while overnight leader Luca Filippi settled for fifth position after carding a two-over-par 74 to finish on six-under-par.

Zambia’s Madalitso Muthiya settled for eighth position on five-under-par while Royal Harare Golf Club-based professional Ryan Cairns was the highest placed Zimbabwean on the leaderboard in a tie for 14th position on two-under-par after carding 69 in the final round.

Chapman Golf Club-based junior golfer Keegan Shutt finished as the leading amateur golfer in the field in a tie for 38th on five-over par.