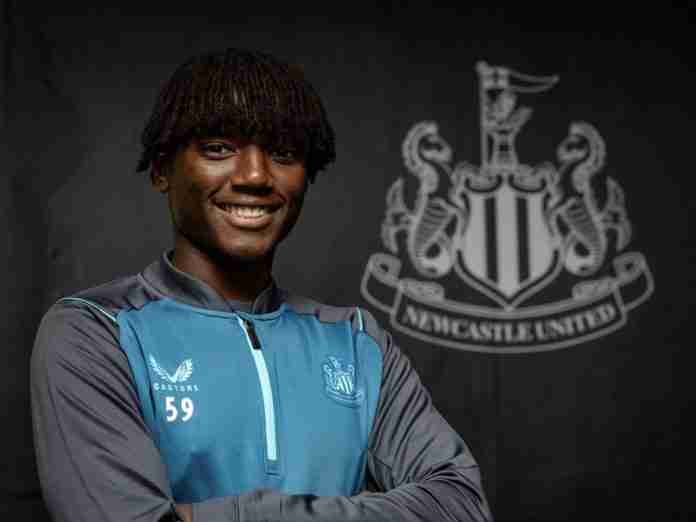 England-born Zimbabwean teen forward Michael Ndiweni (pictured above) has spoken of his delight after signing his first professional contract with English Premiership side Newcastle United.

The Premier League club said in a statement on Monday that Ndiweni is among the eight teenagers who have put pen to paper on their first professional contracts.

The former St Cuthberts High School pupil told nufc.co.uk: “It’s a proud moment for myself, my family and friends because it’s something I’ve been working for ever since I arrived at the club.

“Up until my injury, last season was one of the best I’ve had. I scored regularly for the under-18s, trained with the first-team and was involved with the under-23s so I think I made good progress throughout the year.

“Learning the tricks of the trade from players such as (Callum) Wilson, Woodsy (Chris Wood) and Dwight (Gayle), who are all top-level strikers, as well as the gaffer too, helped me improve so much.

“When I’ve had that taste, I’ve been working hard and, with my injury, making sure I come back better to have those tastes more often next season.”

His consistent performances caught the eye of first team manager Eddie Howe, who responded by inviting the gifted youngster to train with the senior team in March.

The young starlet was born in Throckley, Newcastle to Zimbabwean parents which makes him eligible to represent either Zimbabwe or his native England in international football.