Newcastle – Michael Ndiweni was one of eight academy talents to sign their first professional contracts with Newcastle United this summer.

It was a just reward for the boyhood Magpies fan on the back of his ‘best season’ for the club he joined at the age of 12.

The exciting striker scored 14 goals for Newcastle ‘s under-18s, and earned his first call-ups to train in front of Eddie Howe with the senior squad. This form also caught the attention of the Toon Army, with the former Newcastle City Juniors prospect admitting he was ‘proud’ to see fans talking about him on social media.

Yet the Magpies revival under Howe is something of a double-edged sword for those chasing their black-and-white dreams. The bar to make the grade at Newcastle has already been lifted, and Ndiweni is determined not to be one of the many youngsters who will unfortunately be ‘left behind’.

He told ChronicleLive: “It’s exciting because we’re doing so well, and daunting because the standard is getting better every single game. If you think about last season to now, we’re third in the Premier League.

“The standard is always increasing, you just don’t want to be left behind. It’s about working hard, and try to keep up and get into the first team.”

It was a special season for Ndiweni last term, with three goals coming in the FA Youth Cup as well as a strike in the Papa John’s Trophy while playing up at U21 level. A thigh injury suffered in training brought an early end to the 19-year-old’s season, but it could not spoil the ‘surreal’ moment of finally becoming a professional footballer.

Ndiweni added: “I’ve had friends and family all supporting me since I was 7 or 8 playing football. Once I got into the academy, they’ve been helping me and taking me to training, supporting me at my games, giving me boots and kit.

“I was just happy to make them proud, and it shows their hard work as well as mine has been paid off. To be recognised as a professional footballer after working hard at such a young age is a really special moment.

“I feel like you have to let it sink in because if you don’t, football is a short career. It’s trying to get that balance of enjoying it every day, and giving it your best.”

Ndiweni is one of several beneficiaries in Newcastle’s academy to be handed a chance to impress Howe in first-team training in recent months. Elliot Anderson is the latest evidence of a pathway, while five academy prospects travelled with the squad for the week-long training camp in Saudi Arabia.

Ndiweni is keen to earn his next opportunity to train with the first-team, having already taken ‘tips’ from Callum Wilson and Chris Wood. However, the teenager admits it took him time to adjust to playing alongside players he had previously watched on TV.

Ndiweni said: “The first time, I was so nervous. You get starstruck as you see all of the players you’ve been watching for all of your life. Someone like Paul Dummett, as long as I’ve been watching Newcastle, he’s been here.

“Lascelles, Darlow, all of those players you’ve watched on TV and you’re actually training with them. It’s just surreal really, and when I go there now, you have to concentrate, work hard and try and show your ability. You’re there for a reason, and you have to try and do your best.

“The standard is really, really high. The gaffer demands so much, and it’s good. He’s just changed the way the team is playing, and he demands a lot from the young players which is really good.”

This is Ndiweni’s first full season at under-21 level, and the teenager has so far struggled to earn a regular starting spot in Elliott Dickman’s team. A goal in the opening-day defeat at West Brom was followed by a dismissal for two yellow cards in the home defeat to Stoke City, a setback he describes as a ‘big learning curve’.

Ndiweni did bag a hat-trick as an academy lineup thrashed Saudi White Falcons last month as part of the Al Abtal Friendly Games. However, the striker has pulled no punches in assessing his own start to the season. 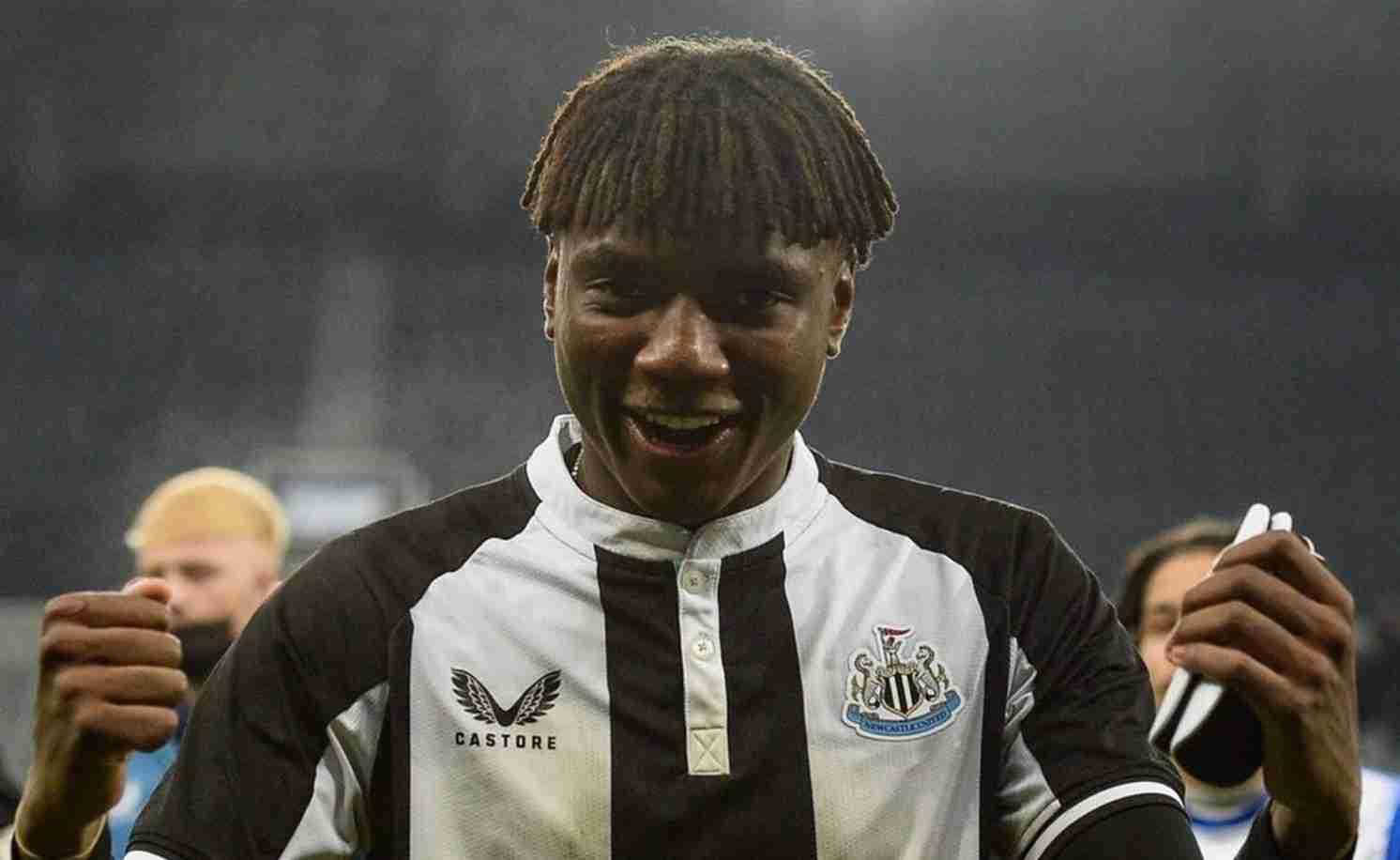 Michael Ndiweni celebrates after scoring for the Newcastle Under-18 squad last seasonNdiweni said: “Compared to last season, I feel it’s a bit disappointing. I want to get back to where I was, I just have to continue working hard and improving on myself. I know my ability, I know I can get back to where I was. It’s just been a tough start, I’m not performing to where I would like to be and not getting the goals.

“With the under-18s, if I missed a chance I’d probably get another one and score. At this level, if I miss a chance, I’ll be really lucky to get another one. It’s about being more clinical, and keeping the ball better. The players are more physical, it’s trying to build up my physical game while keeping my technical skills and taking my chances when they come.”

Dickman’s side have two more Premier League Cup fixtures before Christmas to fulfill despite already being eliminated, before the Premier League 2 season resumes in the new year.

Rather than dwelling on last season’s success or the slow start to the current campaign, Ndiweni insists he is focused upon ‘step by step’ targets rather than looking too far ahead.

The striker added: “I want to get 10 goals in all competitions, and normally that’s my baseline going into a season. If I hit 10 goals, it’s about the next target, and the one after that. It’s trying to make them achievable, it’s about going step by step.”