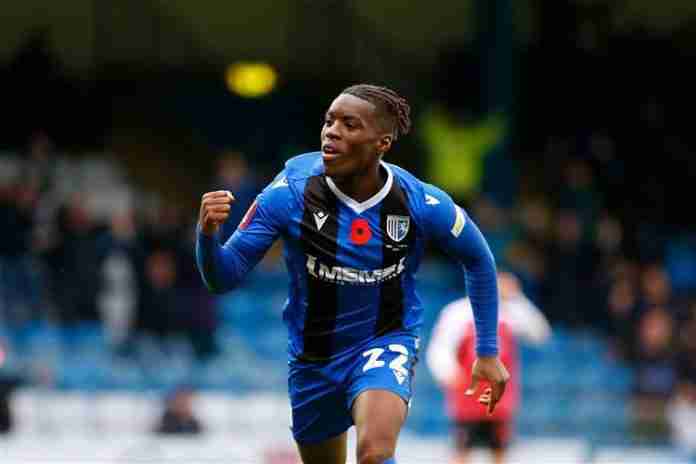 Gerald Sithole, the highly-rated England-born teenager, who has been enjoying a good start to his professional football career at League One club Gillingham FC, has expressed his desire to represent Zimbabwe in senior international football.

The 18-year-old rising star submitted his application to acquire a Zimbabwean passport at the country’s embassy in the United Kingdom on Wednesday.

He was in the company of his mother Plaxedes Munyuki and the Team Zimbabwe UK chief executive Marshall Gore who has in the past spearheaded efforts to integrate Zimbabwean players in the Diaspora into the Warriors squad.

Sithole has been a revelation at League One side Gillingham since breaking into the first team early this year.

He signed his first professional contract with Gillingham FC and subsequently came off the bench to make his debut against Northampton Town on April 24.

The young star has gone on to make 12 appearances in all competitions for the club, scoring one goal.

His first goal or the club came in a one-all draw in the FA Cup game against Cheltenham Town on Saturday.

Gillingham manager Steve Evans compared the Zimbabwean teenage forward to a Premier League striker after he volleyed in an equaliser at Priestfield. His lively performance helped turn the game in Gillingham’s favour after coming off the bench at the break.

Sithole who can play on both flanks is also comfortable playing as a central striker.