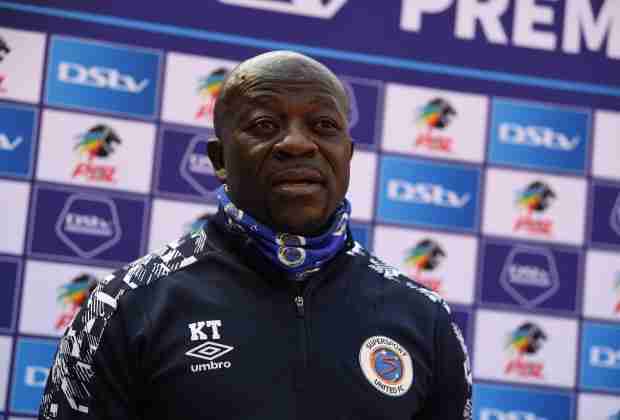 Former SuperSport United coach Kaitano Tembo (pictured) is set to make a quick return to coaching in the South African topflight league following reports linking him with the vacant job at Sekhukhune United.

Sekhukhune United are reportedly in advanced talks with Tembo after they parted ways with Owen Da Gama on Wednesday.

The former Zimbabwe international recently snubbed his boyhood club Dynamos amid speculation that he had already agreed to join Sekhukhune United.

Tembo has been club-less since March when he was sacked by SuperSport United. The well-respected coach spent 23 years at the Pretoria-based side both as a player and coach.

He comes in as a direct replacement of Da Gama, who was roped in at the end of April to work with Donald Makhubedu as co-coach to strongly wind up their maiden season after struggling in the second round.

Tembo joined the Pretoria-based club as a player in 1999 before transitioning into the team’s coaching staff. He worked as an assistant to Gavin Hunt, Stuart Baxter and Eric Tinkler before taking over the head coach’s position in 2018. The highlight of his tenure was winning the MTN8 title in 2019.

Harare giants Dynamos had hoped to lure him to the Zimbabwean capital following the suspension of their coach Tonderayi Ndiraya. Ndiraya has since been reinstated.

Tembo distanced himself from the club: “I distance myself from Dynamos; there is no such thing.”

Asked about his next destination, he said: “I’m still jobless.”