Zimbabwe has named their age group squads for the SA Rugby Youth Week tournaments which are set to make a return on the South African rugby calendar after a two-year absence due to the Covid-19 pandemic.

The headmaster in charge of Zimbabwe Schools Rugby, Tungamirai Mashungu early this week announced the respective squads for the Under-14, Under-17 and Under-19 national age-group teams which will represent the country in South Africa this winter.

The squad were selected during the national selection trials held at Lomagundi College which hosted the Under-17 and Under-19 trials and Gateway High School.

The Zimbabwe Under-14 is coached by Brighton Chivandire, who is assisted by Ruben Kumpasa while Tan Dinhidza is the team manager.

The Marvin Chirume-coached Zimbabwe’s Under-19 squad will take part at the U18 SA Rugby Academy Week which will run concurrently with the Craven Week at Rondebosch Boys’ High School in Cape Town from 1-7 July.

Former Sables captain Costa Dinha is the assistant coach of the Under-19 squad while Simba Dangah is the team manager. 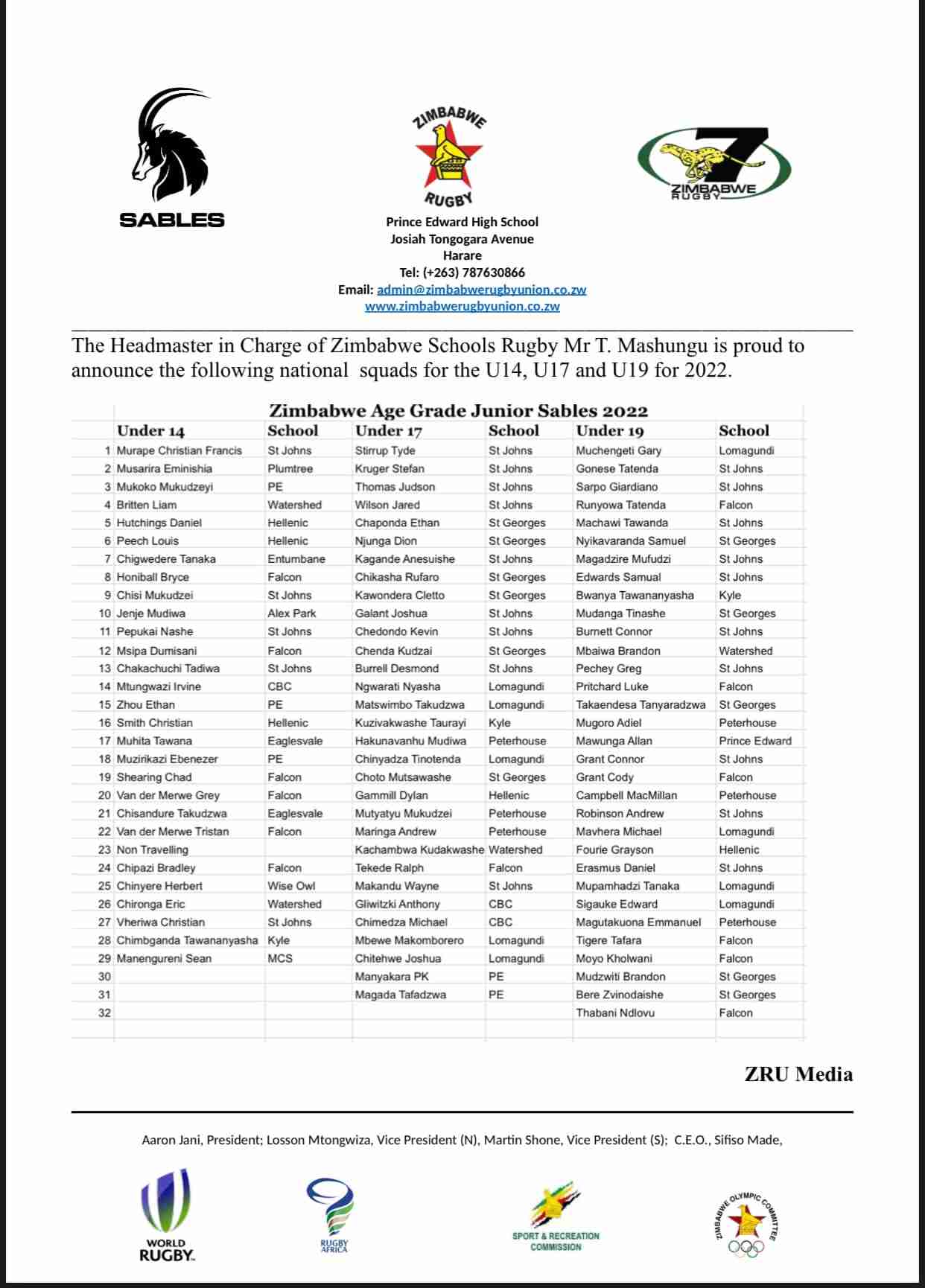