Scott Vincent flew the Zimbabwe flag with distinction on Thursday carding three-under-par 67 in the star-studded US$25 million LIV Golf Invitational, at Centurion Club in London, to finish the first round in joint third place.

He narrowly trails Charl Schwartzel from South Africa who leads after a 65, helped by an eagle on 18, while his countryman Hennie Du Plessis came in with a 66.

Vincent is attempting to win for the third straight week having claimed the International Series England on Sunday, for his maiden victory on the Asian Tour, a week after claiming the Mizuno Open in Japan.

He was paired in one of the marquee groups today with Americans Dustin Johnson and Phil Mickelson but handled the pressure with ease.

“It was great out there,” said Vincent, who made seven birdies, including four in the last five holes, and four bogeys.

“It was something that I was very excited to experience. What an honour to play with two of golf’s best players and to see how they operate on the course. Just class guys they are. I really enjoyed myself today. It was fun playing with them and they are really nice guys.

“I was really nervous on the first tee. I hit a great shot there. I was just trying to make good contact on the ball. It’s hard to follow DJ. I wished I went first but I was very happy. It was a great shot. I executed very nicely.” 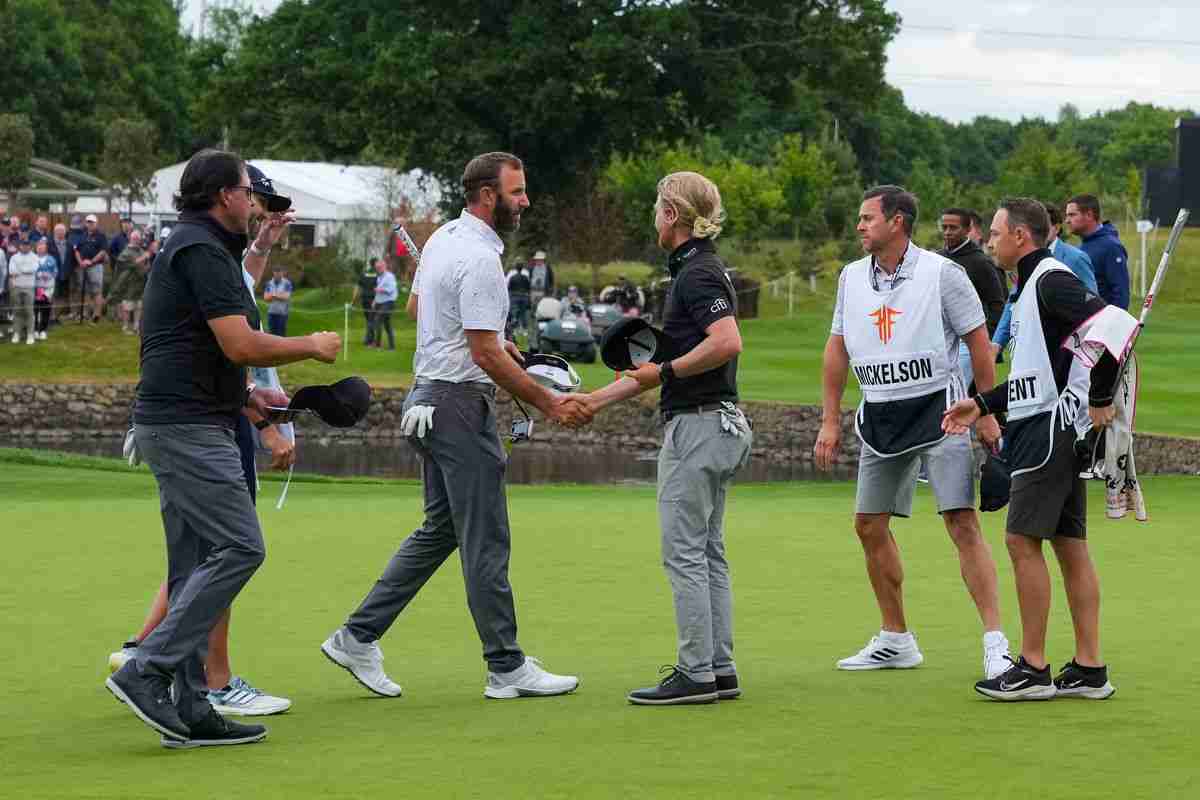 The 30 year old, who at the weekend also became the first Zimbabwean to win on the Asian Tour, began his round on the first, in an innovative new tournament format that saw all 48 players tee off following a 2.15pm shotgun start.

He added: “I made some good putts out there. I really took care of the par threes on the back nine. That really got me going. All in all, great day, great experience. Golf has been really good for me the last couple of weeks. But you never know how it’s going to show up in an event like this. Today was a great day, I did a lot of things I wanted to do well. That’s the plan going forward.”

South Africans Justin Harding and Branden Grace carded 68s to lie in equal fifth, while Johnson returned a 69 along with Mickelson, and England’s Sam Horsfield and Laurie Canter.

A team component is also an exciting feature of this week’s inaugural event and saw Stinger GC take the early lead thanks to strong performances by its members, Schwartzel, Du Plessis, Grace and South African Louis Oosthuizen.

“Who the hell is Scott Vincent”.

He’s a flusher from Zimbabwe who has won the last 2 events on the Asian Tour. He proper goes after it and has some decent swag. A very entertaining player to watch. pic.twitter.com/ifvlfGOMCR