The local ladies golf team which had a blend of young and experienced players finished with a gross total of 476 to settle for fifth out of 20 participating countries.

The other two players were Borrowdale Brooke Golf Estate-based Batsirayi Tilowakuti and national junior golf team starlet Kudzai Mandava, who is a member of the Ledbetter Golf Academy Zimbabwe at Royal Harare.

After four days of competitive action, the Zimbabwe team was in fifth, 32 points behind South Africa, who successfully defended their continental title.

With 458 points, Kenya was fourth overall.

ZLGU boss, Vera said she was impressed by the team’s overall performance in East Africa as they complemented each other throughout the competition. 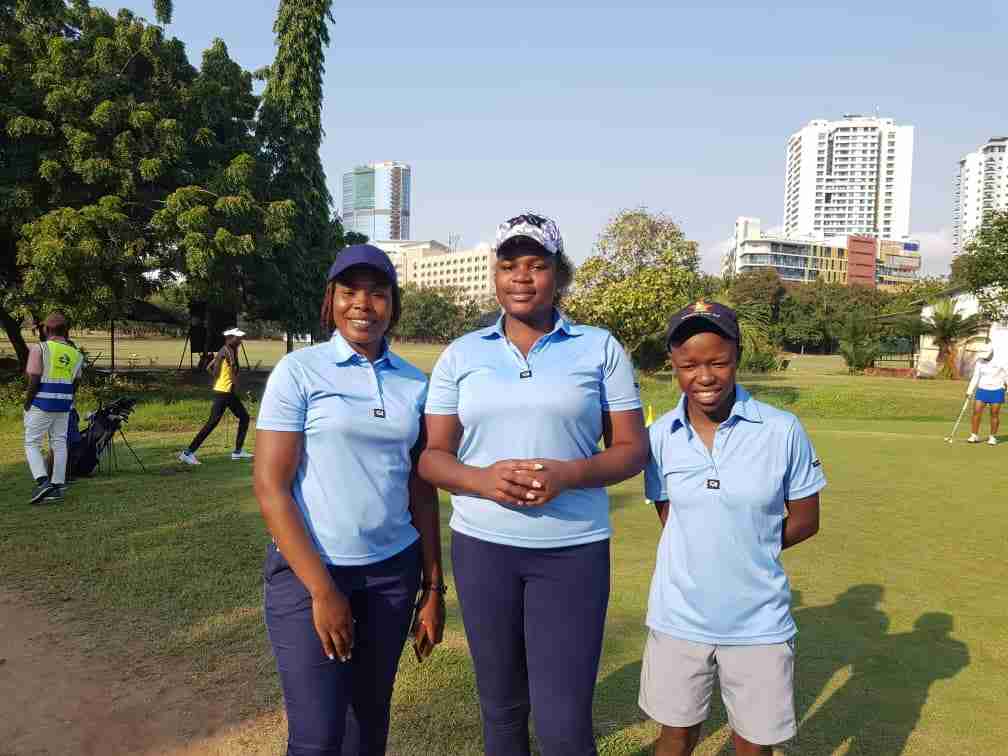 “The team was a blend of experience and youth, a combination which paid off as Batsirayi Tilowakuti delivered a solid 72 on the first day and supported by Yollander Mubaiwa, placed Zimbabwe in a good position.  On the second day, it was young Kudzai Mandava’s score of 78, supported by Yollander that made the difference.

“At the end of the second day, Zimbabwe was positioned 5th, seven shots behind Kenya and a few shots ahead of Uganda, Ghana and Nigeria.  Going into the third and final day of the competition it was clear that we were fighting for a top five position and it was important to remain composed,” Vera said.

The ZLGU president said the local ladies did extremely well, considering they played in difficult conditions and against countries with better-funded golf programmes.

“Adjusting to the temperatures and humidity was a challenge for all three players. The fight on the third day to maintain our fifth position is commendable.  We lost to countries that were better than us and with more than one advantage over us; financial resources, home ground, acclimatisation and supporters. Well done to the team for their commitment and fighting spirit and maintaining the fifth position.”

She also commended the growth in the standard of women’s golf on the African continent while outlining ZLGU’s efforts to accelerate the growth of women’s junior golf in the country in collaboration with R&A.

R&A is the leading body within the world of golf and engages and supports activities to ensure it is a thriving sport for all on a global scale.

“Congratulations to South Africa, Morocco, Tanzania and Kenya for the top four positions. It is evident that the standard of women’s golf is improving every year and we need to double our efforts to challenge for a top three position.

She added: “Present at the tournament were officials from the R&A responsible for development together with their partners and had the opportunity to discuss the importance of focusing on junior development and access to high-performance centres, in preparation for Morocco 2024. To enhance our junior development programme, the ZLGU is focusing on capacitating trainers in the Provinces through the ‘Trainer the Trainer’ programme.  Our goal is to expand the programme to tertiary institutions that have a better outreach, to assist in taking the game far and wide. We look forward to financial support from the authorities to achieve this ambitious programme.”