The country’s leading professional golfers will renew their rivalry when they tee off in the Zimbabwe PGA Championship – Presented by Universal Sports Club at Royal Harare on Tuesday.

The Zimbabwe Professional Golfers Association (ZPGA)’s flagship tournament which has been missing on the local golf calendar for several years due to lack of sponsorship, finally makes a welcome return after receiving generous sponsorship from Universal Sports Club and its members.

The tournament will run from Tuesday to Thursday with a big field of 54 professionals and a few amateurs.

Universal Sports Club’s press and liaison officer Akil Yousuf said the club had provided a lucrative prize fund of US$10 000 while they have also committed to sponsoring another tournament early next year.

“The Zimbabwe PGA Championship has always been one of the biggest tournaments on the local circuit but it has been off the calendar for quite a few years. It’s now back on the calendar thanks to Universals Sports Club. They have gladly and kindly come on board to sponsor the PGA Championship which starts tomorrow at Royal Harare Golf Club to the tune of US$ 10000. Universal Sports Club has various members and some of those members have gladly put up the prize fund. In the New Year, they have committed to sponsoring another tournament which is a very welcome boost for professional golf in Zimbabwe,” said Yousuf, who is a former ZPGA president.

ZPGA president, Simon Murungweni, said they are looking forward to a competitive tournament.

The ZPGA Championship – Presented by Universal Sports Club, comes barely a month after Chapman Golf Club successfully hosted the Liu Gong Pro-Am which was won by Promise Sombreiro after a playoff.

The duo of Nyasha Muyambo and Robson Chinhoi will be aiming to continue their good form after their recent victories on the Safari Tour in Kenya and Uganda respectively while Visitor Mapwanya has also been in good form.

Other top local professionals to look out for include Mohammed Mandhu and
Shaahid Mahmed, who have been competing regularly on the Sunshine Tour as well as veterans Ignatius Mketekete and Mairos Katembeneka just to name a few. 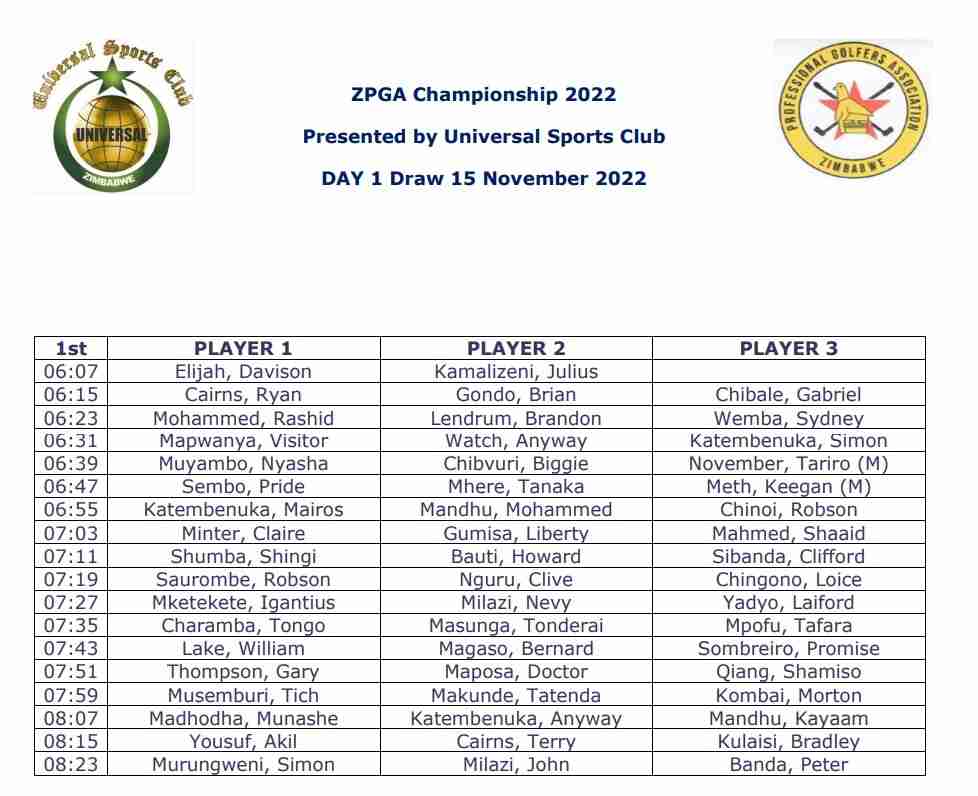