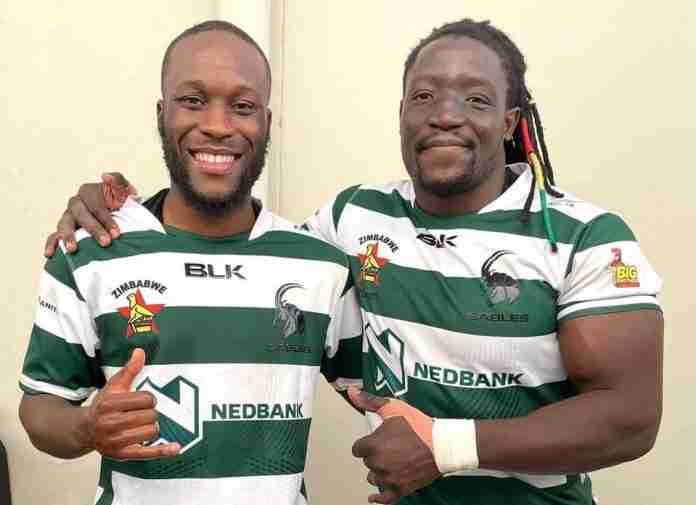 The Sables survived a spirited second-half onslaught from Brazil to grind out a win against the high-ranked South American side in the opening match of the World Rugby Stellenbosch Challenge in South Africa yesterday.

Zimbabwe’s hard-fought win ensured they booked a date with their rivals Namibia in the tournament final to be played at the same venue on Saturday.

The Namibians, who are expected to pose the biggest challenge for Zimbabwe’s bid to qualify for the 2023 Rugby World Cup, made a statement of their intentions to win the competition after beating Kenya 60-24 in the second match of the four-team competition.

Zimbabwe, however, made a statement of their own with a clinical first-half performance to take a 17-0 lead which set the foundation for their win.

The mercurial New Zealand-based right wing Brandon Mudzekenyedzi continued his dream start to his Sables career with a well-worked try which was converted by fly-half Dudlee White-Sharpley, to calm the early nerves.

Debutant number eight, Tapiwa Tsomondo, who impressed with his hard work and ball-carrying skills crashed over for Zimbabwe’s second converted try before White-Sharpley completed the first half dominance with a penalty.

After dominating the first half, the Sables were pushed to the limit by a resilient Brazil that dominated the second period, outscoring by three tries to Zimbabwe’s one.

Brazil got their first points on the board nine minutes into the second half with a try under the posts from replacement prop Pedro Lopez which reduced Zimbabwe’s lead to 10 points.

However, Brazil were reduced to 14 men after lock Gabriel Paganini was sent to the sin-bin for a professional foul at the try-line.

The Sables, however, failed to utilise the numerical advantage, coming just short of the try-line from line-out set pieces on a couple of occasions while White Sharpley failed to convert a kickable penalty.

Instead, it was the Brazilians who further reduced the deficit to within just a converted try with less than 15 minutes left through a penalty from fullback Lucas
Tranquez.

Crucially, the Sables were able to hit back almost immediately with Tonderai Chiwambutsa finishing off a breakaway try under the posts for a try which was converted by White Sharpley to stretch their lead to 17 points with 12 minutes left.

Zimbabwe had to play the last 10 minutes with a man down after Biselele Tshamala was sent to the sin-bin for an infringement at the breakdown.

Brazil took the advantage almost immediately with a try from the back of the maul from the replacement hooker.

Brazil, however, missed the conversion which meant the South American side still needed to score twice to beat Zimbabwe and although they were able to score a converted try from the last play of the game the Sables held on for a two-point victory.